“Margins advanced nicely in the quarter due to Gulfstream’s continuing ability to efficiently transition its production to new models, coupled with solid operating performance at the defense businesses,” said Phebe N. Novakovic, chairman and chief executive officer. “Our continued focus on operating excellence and driving cost efficiencies, coupled with new business opportunities, should enable us to build on these results.”

Operating margin was 12.5 percent in the quarter, up 110 basis points sequentially. Customer deliveries of the Gulfstream G600 began in August, less than two months after receiving FAA type and production certificates.

The company paid $295 million in dividends and repaid approximately $450 million of its outstanding commercial paper in the third quarter. Capital expenditures totaled $244 million, up $76 million from the year-ago quarter, driven by continued strategic investments in Marine Systems.

Order activity remained strong across the aerospace and defense portfolios, with a book-to-bill of 1-to-1 on 7.3 percent year-over-year revenue growth. Significant awards in the defense portfolios in the quarter included $1.3 billion from the Canadian government for production of armored combat support vehicles; $1.1 billion from the U.S. Navy for design and construction of two Expeditionary Sea Base auxiliary support ships and a $550 million option for an additional ship; $390 million from the Navy for Advanced Nuclear Plant Studies in support of the Columbia-class submarine program; $155 million from the U.S. Army for various munitions and ordnance; $325 million to provide program management and engineering services to the Cybersecurity and Infrastructure Security Agency’s emergency communications infrastructure; and $265 million from the Army for computing and communications equipment under the Common Hardware Systems-5 (CHS-5) program.

Headquartered in Reston, Virginia, General Dynamics is a global aerospace and defense company that offers a broad portfolio of products and services in business aviation; combat vehicles, weapons systems and munitions; IT services; C4ISR solutions; and shipbuilding and ship repair. General Dynamics employs more than 100,000 people worldwide and generated $36.2 billion in revenue in 2018. More information is available at www.gd.com.

WEBCAST INFORMATION: General Dynamics will webcast its third-quarter 2019 financial results conference call at 9 a.m. EDT on Wednesday, October 23, 2019. The webcast will be a listen-only audio event available at www.gd.com. An on-demand replay of the webcast will be available one hour after the end of the call and end on October 30. To hear a recording of the conference call by telephone, please call 1-877-344-7529 (international: 1-412-317-0088) passcode 10135319. Charts furnished to investors and securities analysts in connection with General Dynamics’ announcement of its financial results for third-quarter 2019 are available at www.gd.com. 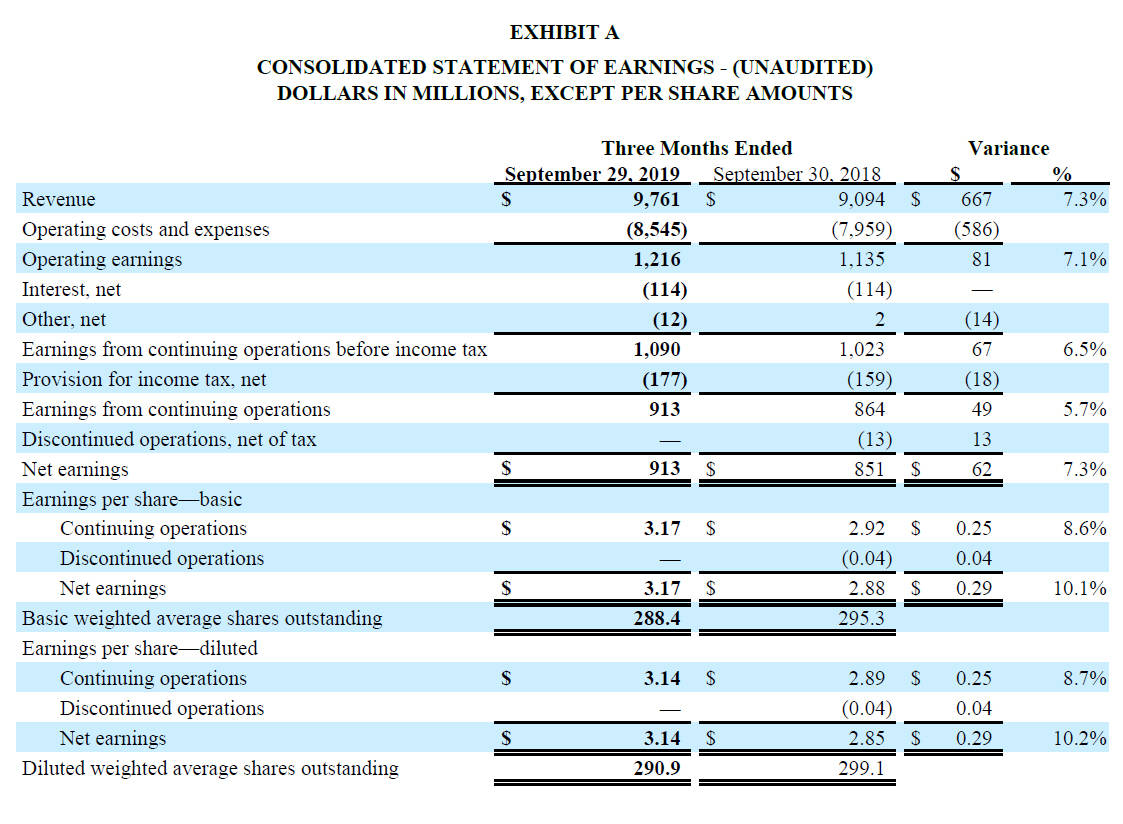 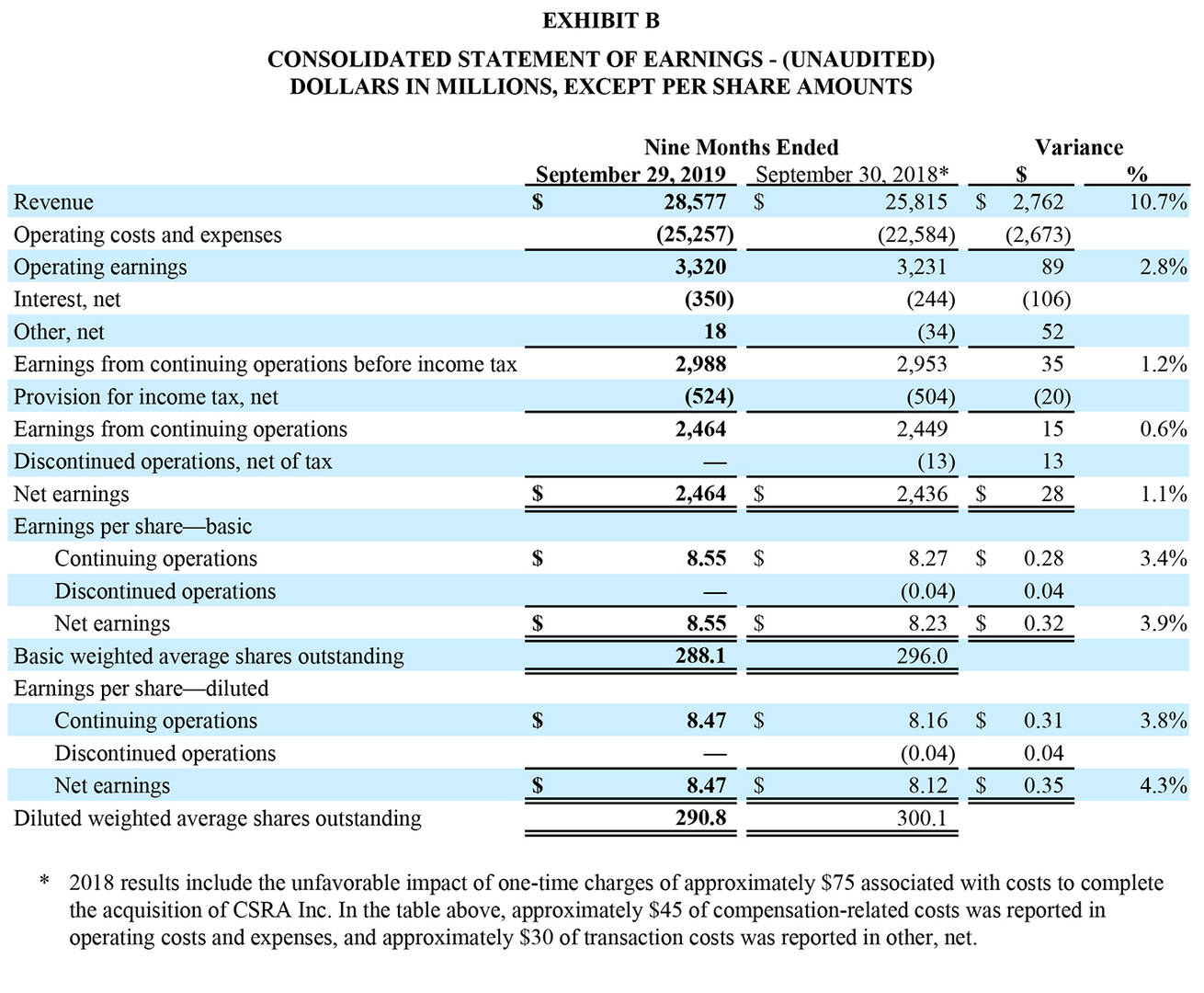 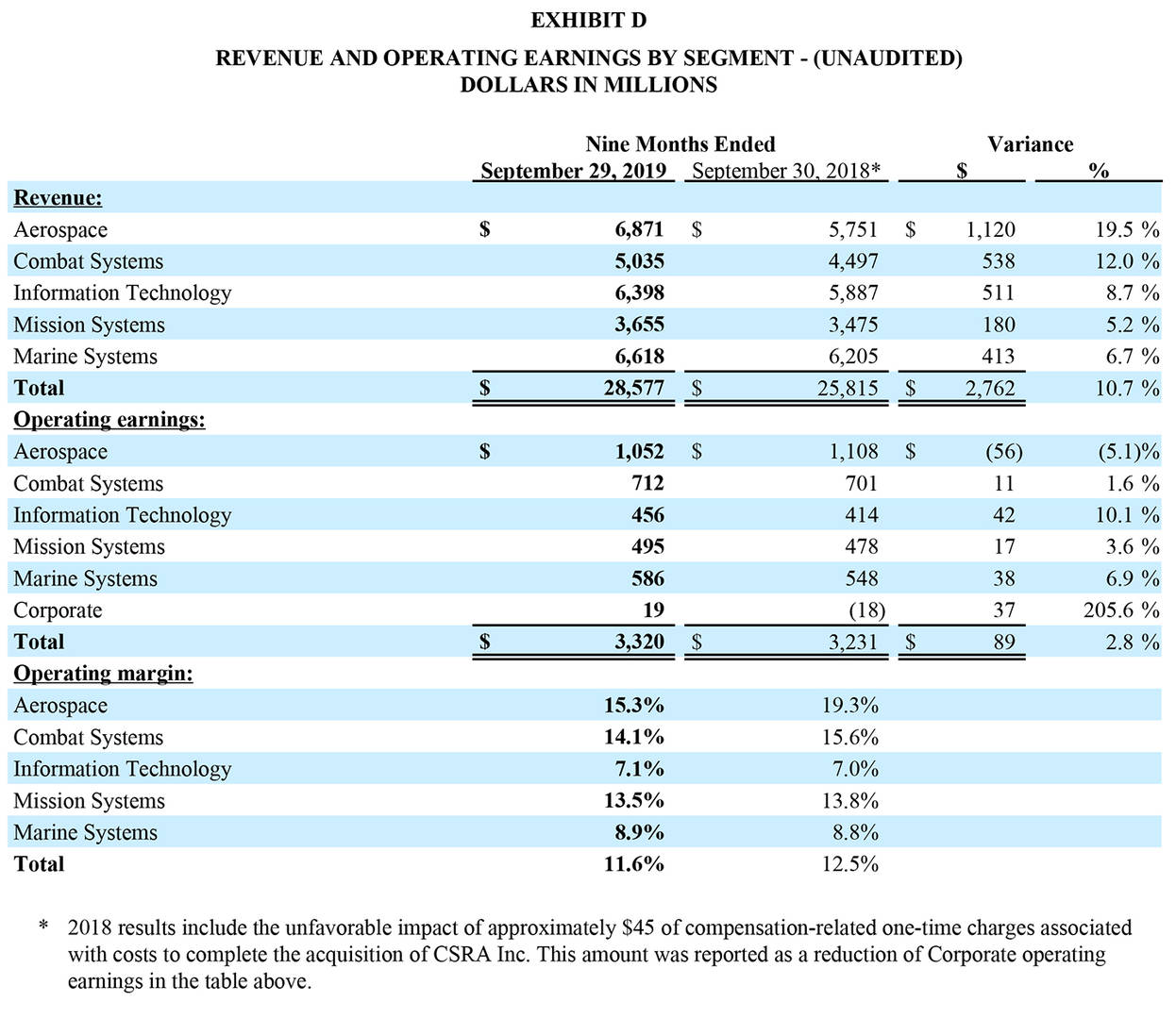 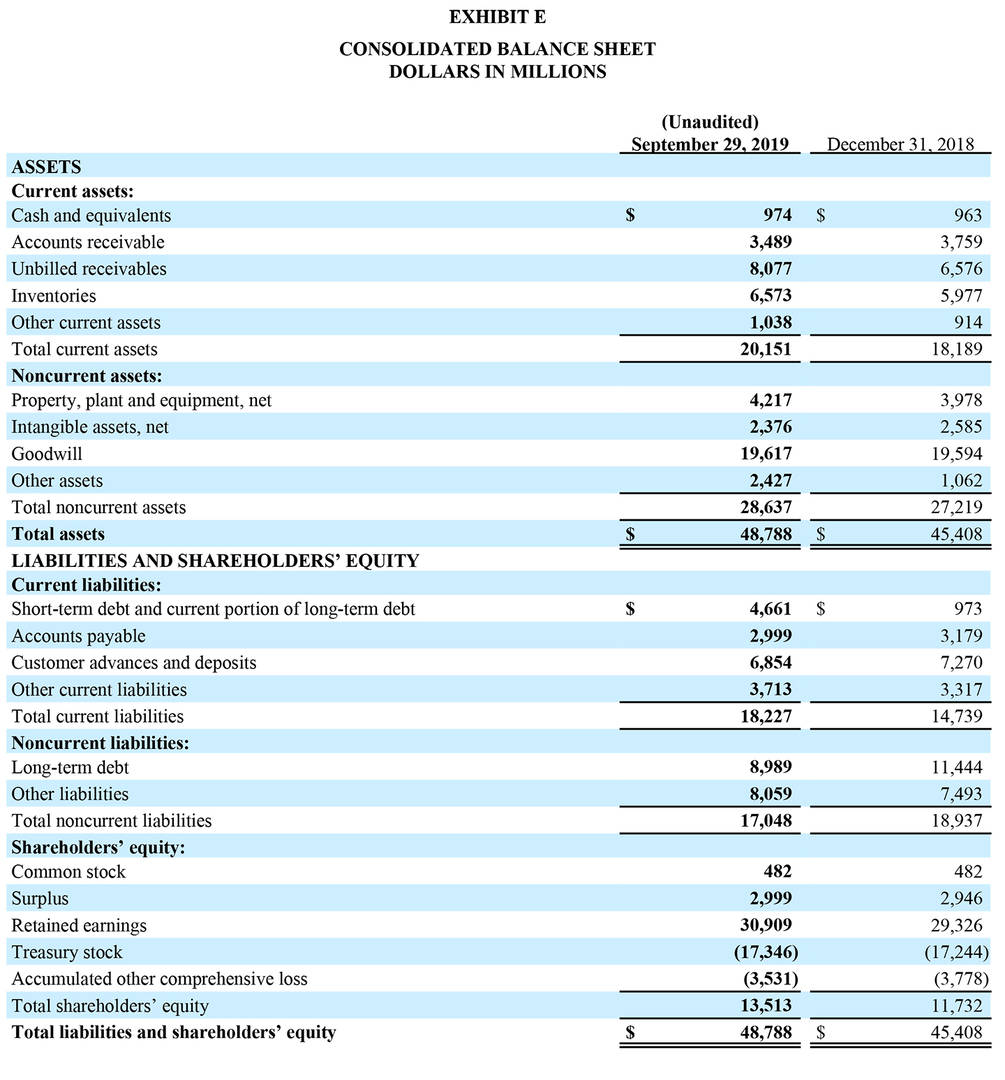 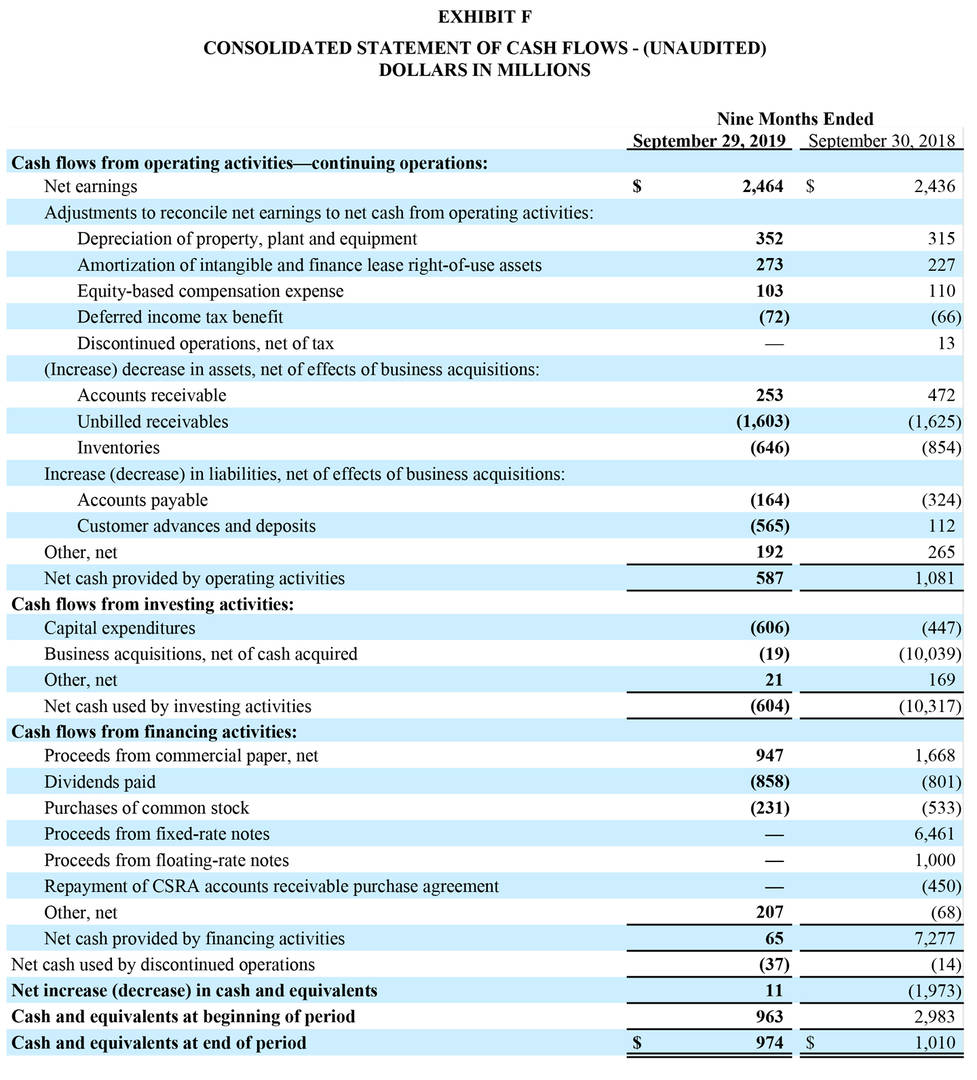 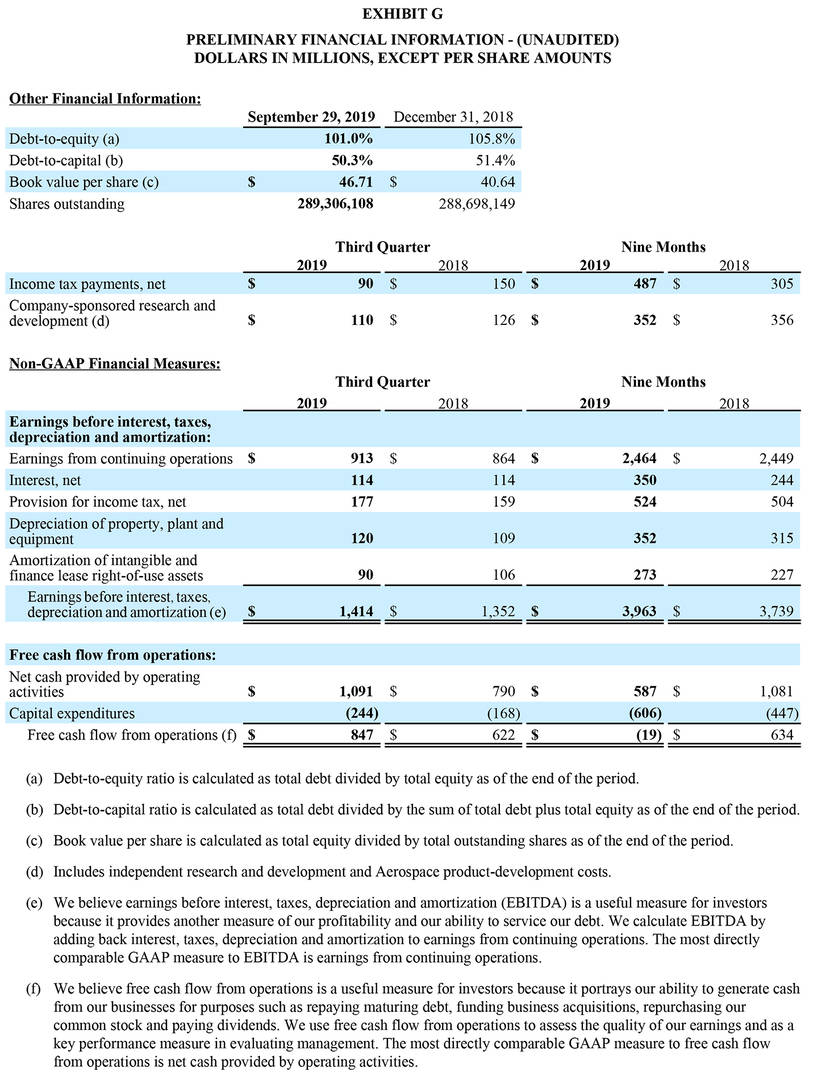 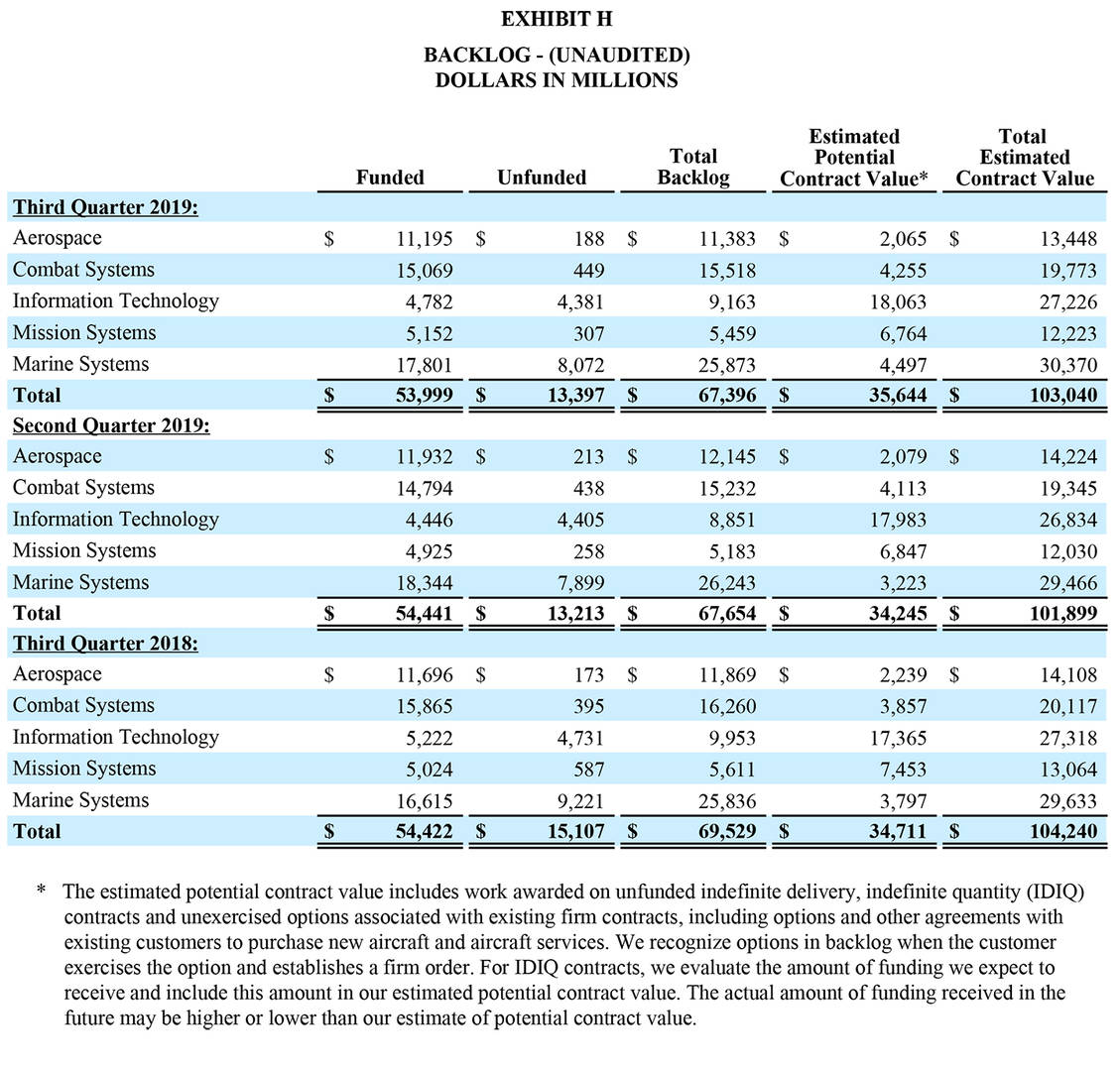 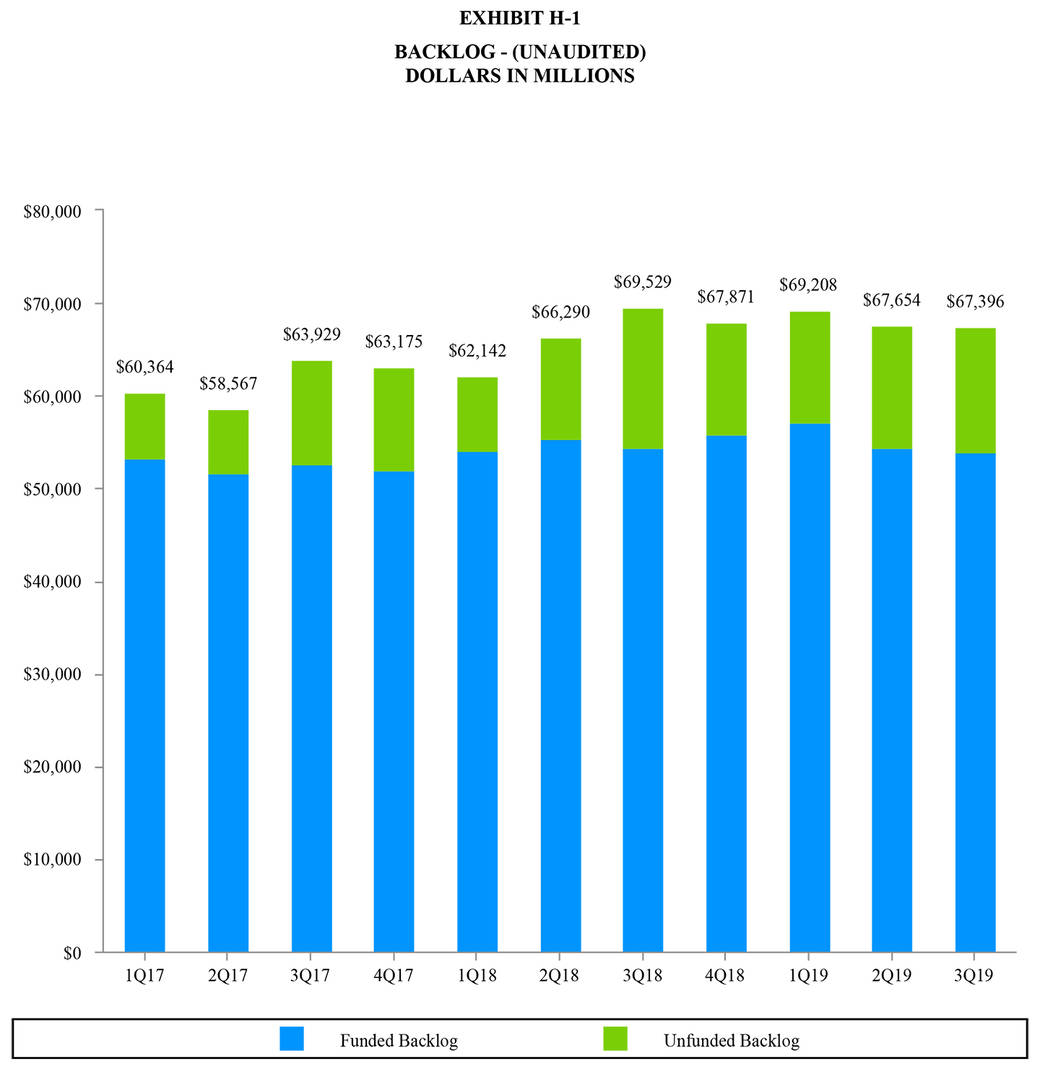 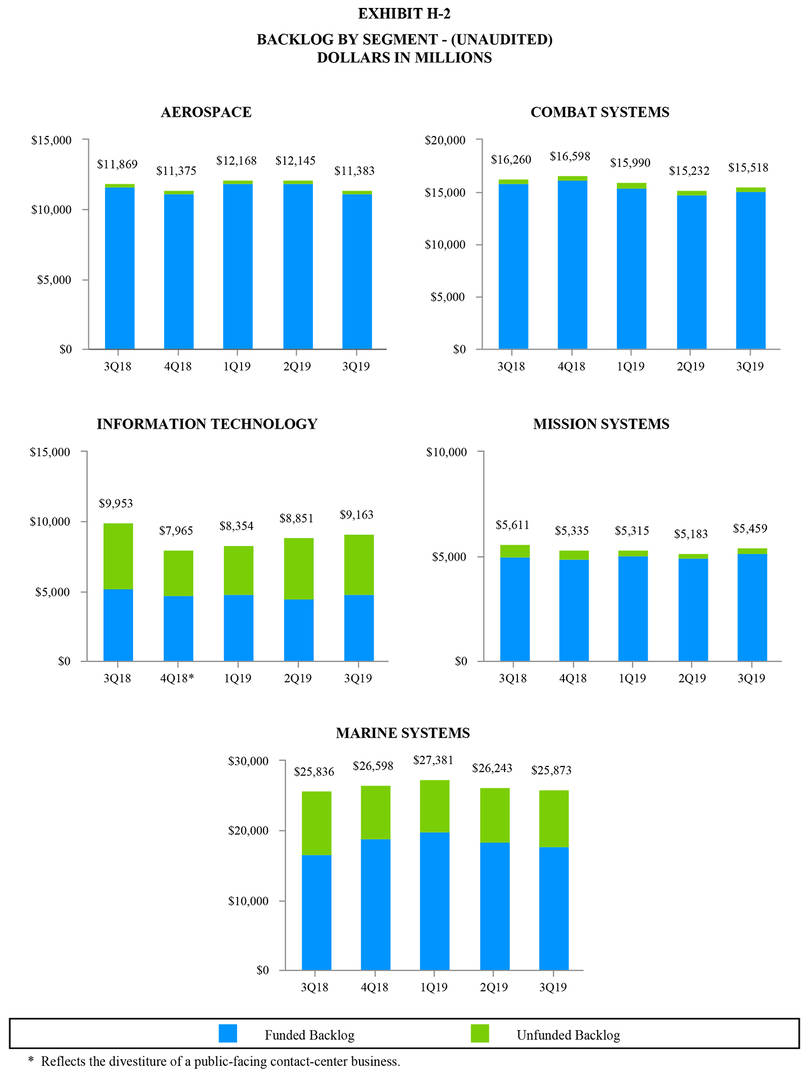 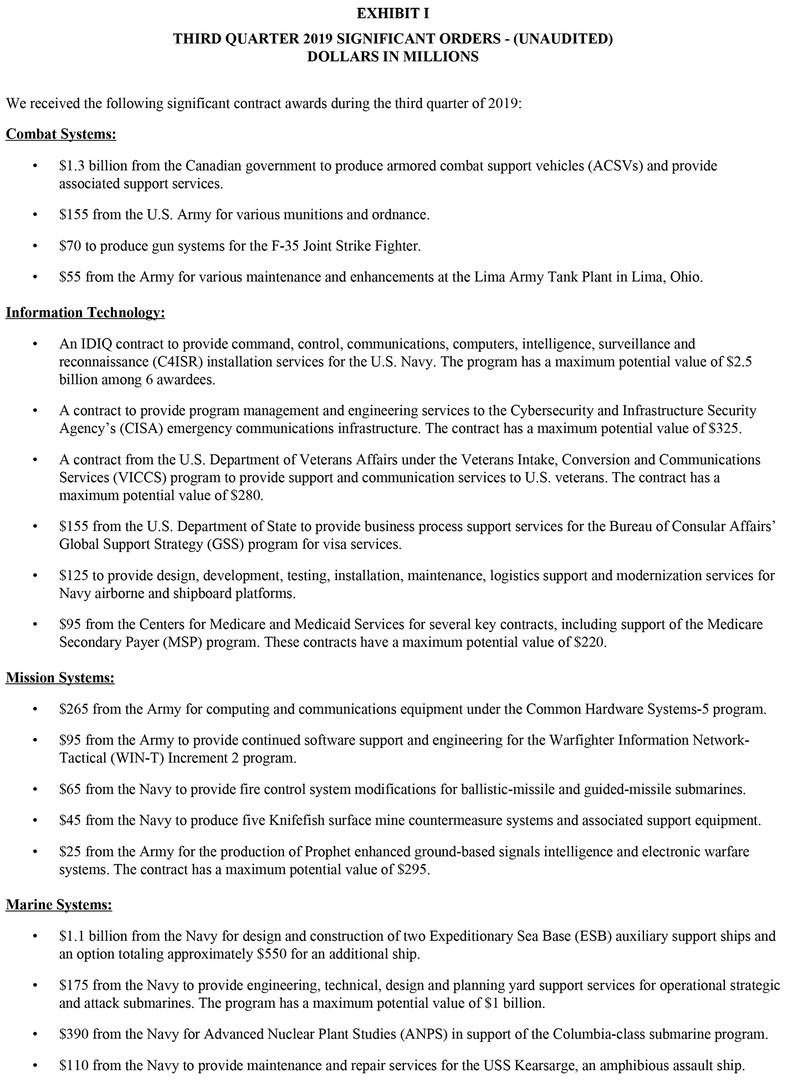