Orders remained strong across the company with a consolidated book-to-bill ratio, defined as orders divided by revenue, of 1.1-to-1 for the quarter, with particular strength in the Aerospace segment driven by strong order activity for Gulfstream aircraft. In addition to company-wide backlog of $87.6 billion, estimated potential contract value, representing management’s estimate of additional value in unfunded indefinite delivery, indefinite quantity (IDIQ) contracts and unexercised options, was $38.7 billion. Total estimated contract value, the sum of all backlog components, was $126.4 billion at the end of the quarter.

Significant awards in the quarter for the three defense segments included $410 million with a maximum potential value of $1.1 billion from the U.S. Army to begin low-rate initial production (LRIP) of the Mobile Protected Firepower vehicle; $295 million for various munitions and ordnance with additional option value of $465 million; $525 million from the Army to upgrade Stryker vehicles; $500 million from the U.S. Navy for long-lead materials to support construction of two additional John Lewis-class (T-AO-205) fleet replenishment oilers; $355 million to produce Abrams main battle tanks in the system enhancement package version 3 (SEPv3) configuration for Australia; $160 million with a maximum potential value of $325 million from the U.S. Space Development Agency to build and operate ground systems for the new low earth orbit (LEO) satellite network; $315 million from the Navy for submarine industrial base development and expansion for the Columbia-class submarine program; a contract with a maximum potential value of $300 million for development and sustainment of applications and websites for the Administrative Office of the United States Courts; and $545 million for several key classified contracts.

Headquartered in Reston, Virginia, General Dynamics is a global aerospace and defense company that offers a broad portfolio of products and services in business aviation; ship construction and repair; land combat vehicles, weapons systems and munitions; and technology products and services. General Dynamics employs more than 100,000 people worldwide and generated $38.5 billion in revenue in 2021. More information is available at www.gd.com.

WEBCAST INFORMATION: General Dynamics will webcast its second-quarter 2022 financial results conference call at 9 a.m. EDT on Wednesday, July 27, 2022. The webcast will be a listen-only audio event available at www.gd.com. An on-demand replay of the webcast will be available by telephone one hour after the end of the call and end on August 3, 2022, at 866-813-9403 (international: +44 204-525-0658); passcode 671446. Charts furnished to investors and securities analysts in connection with General Dynamics’ announcement of its financial results are available at www.gd.com. 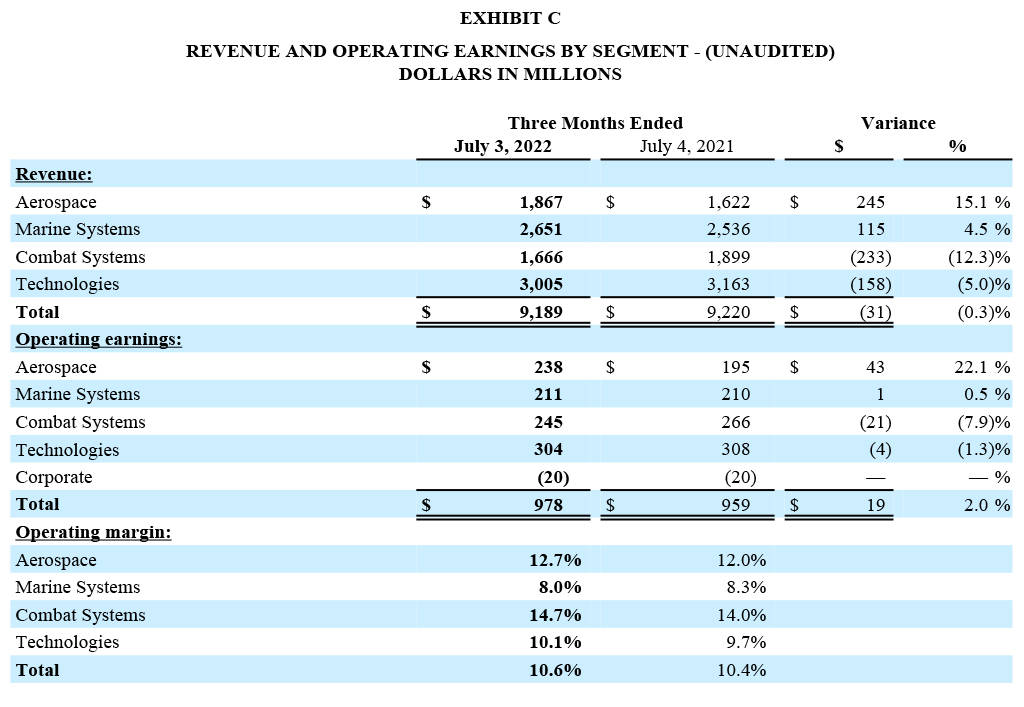 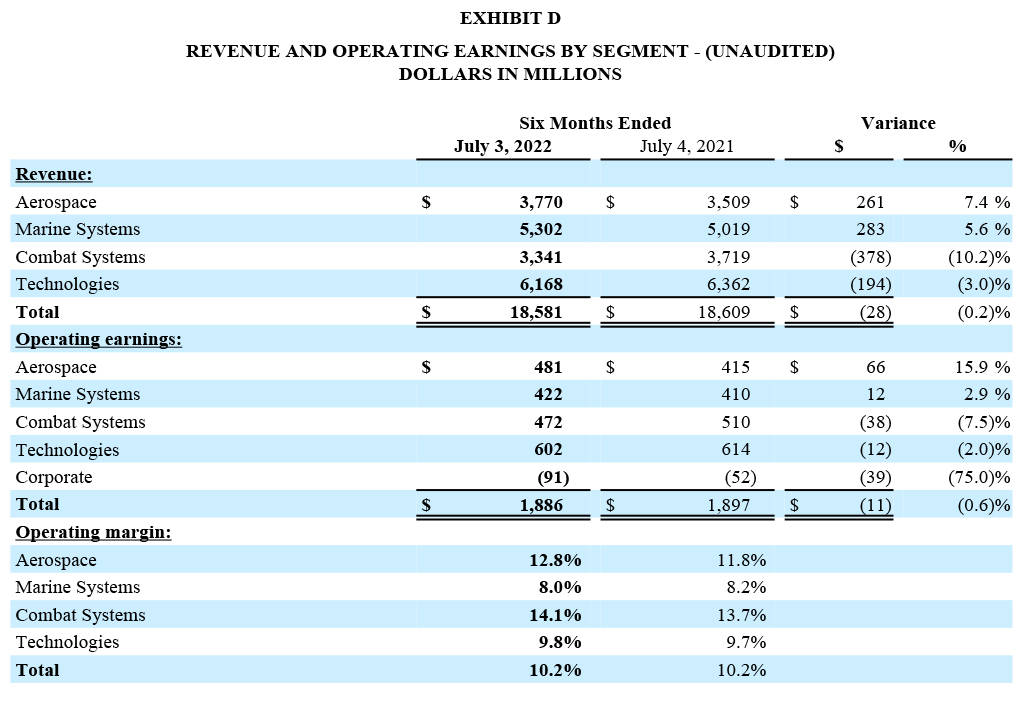 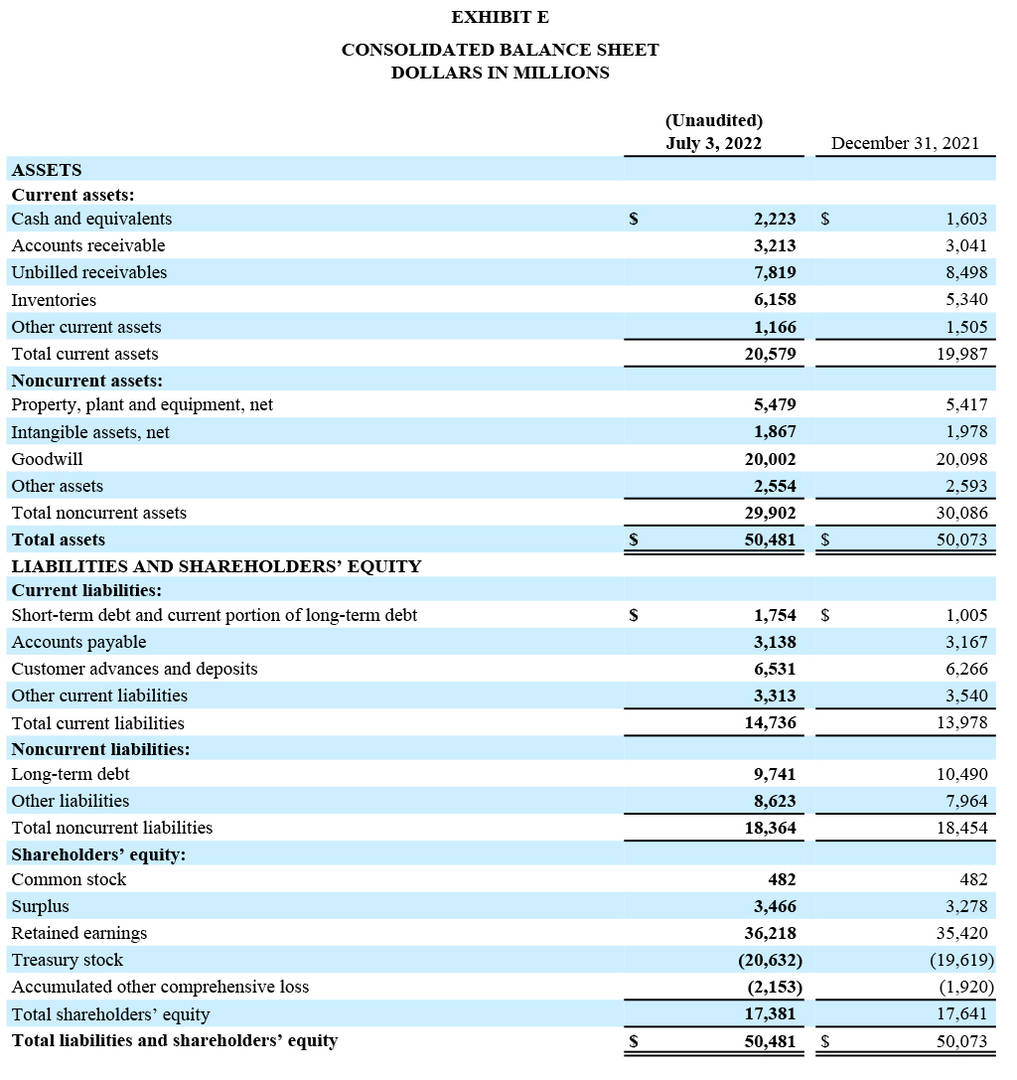 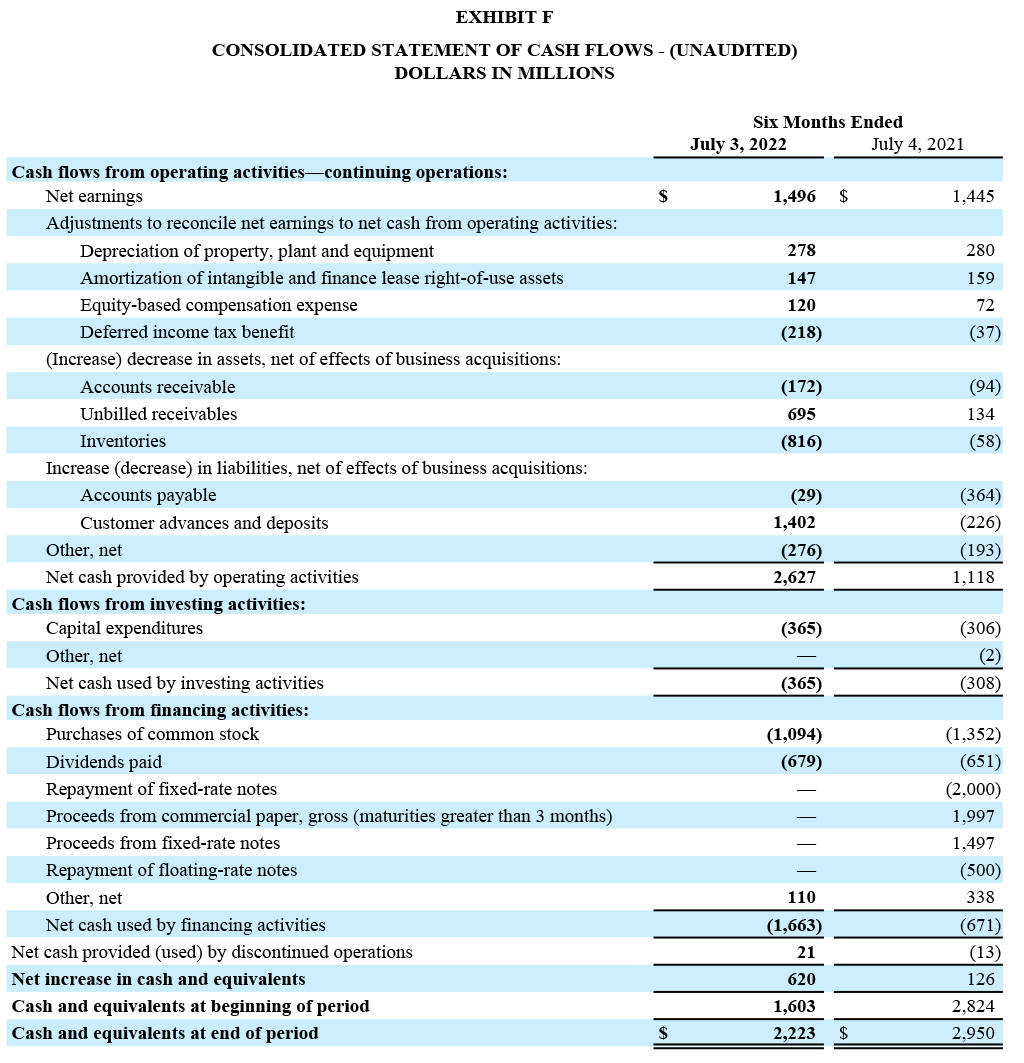 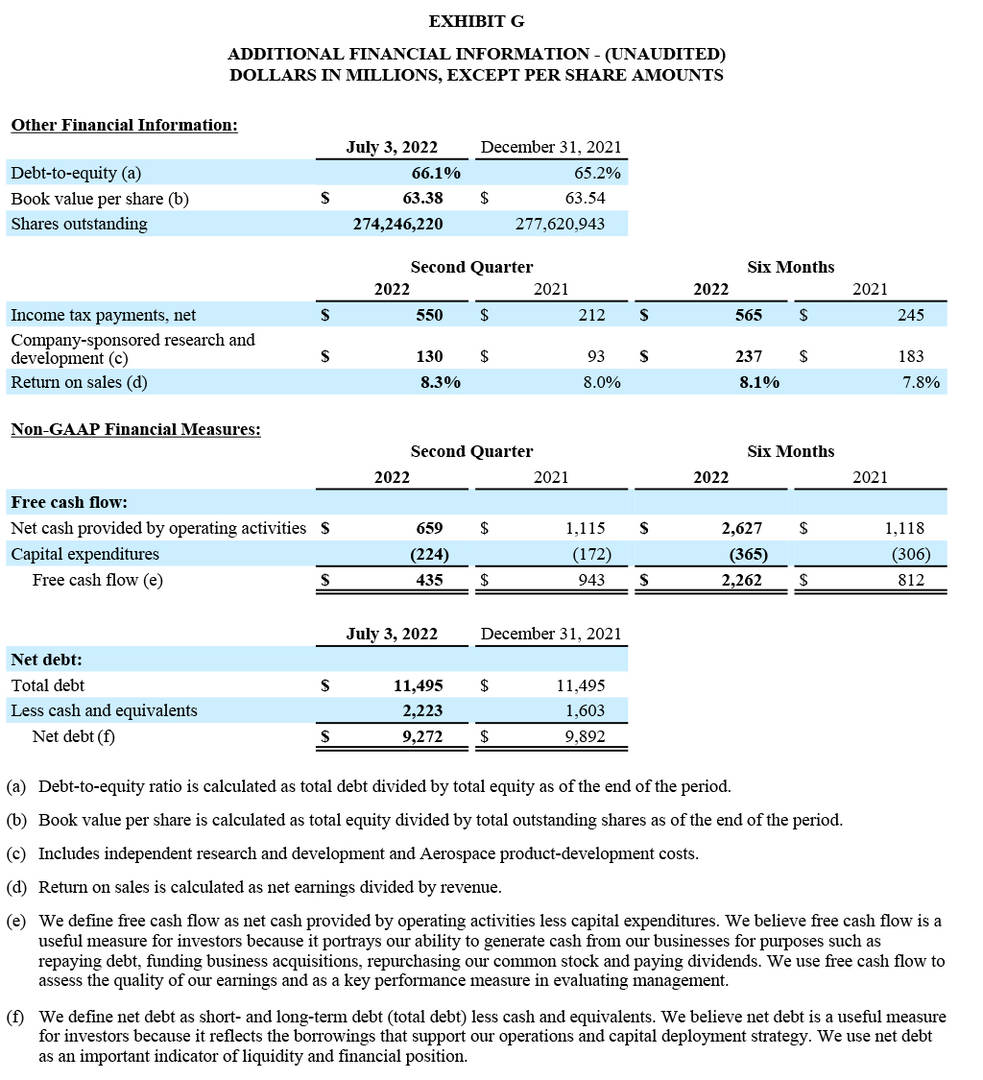 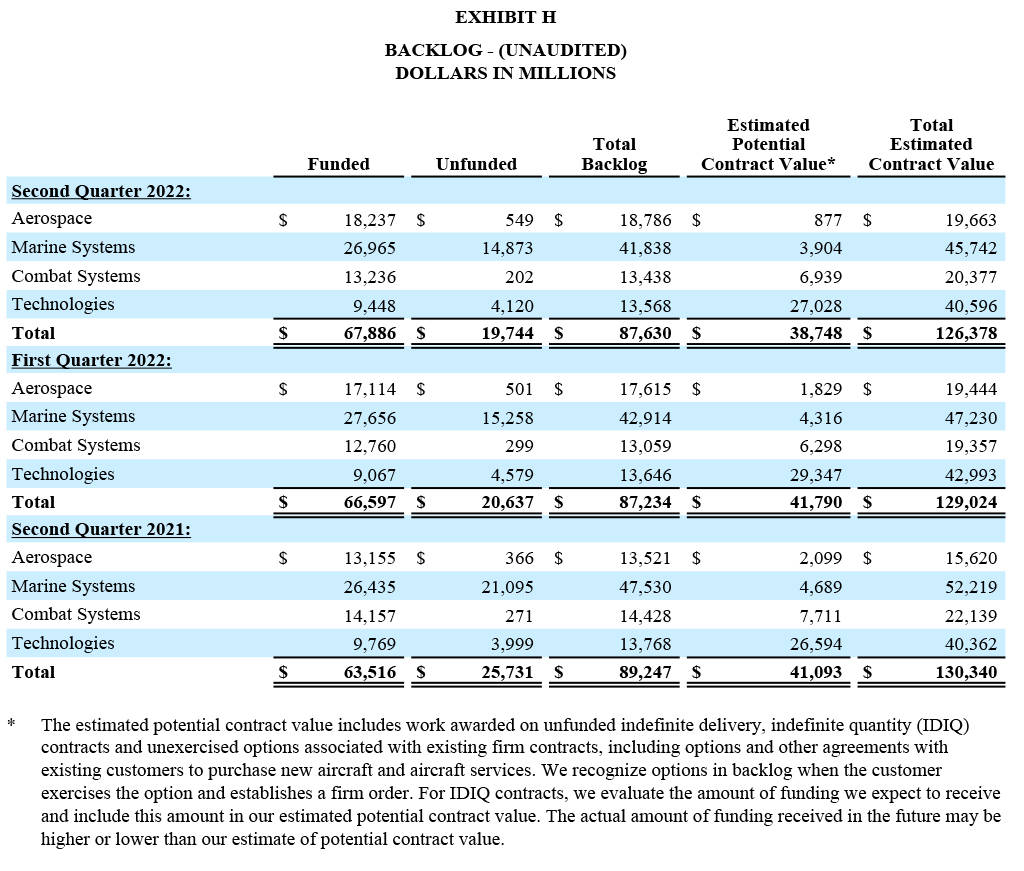 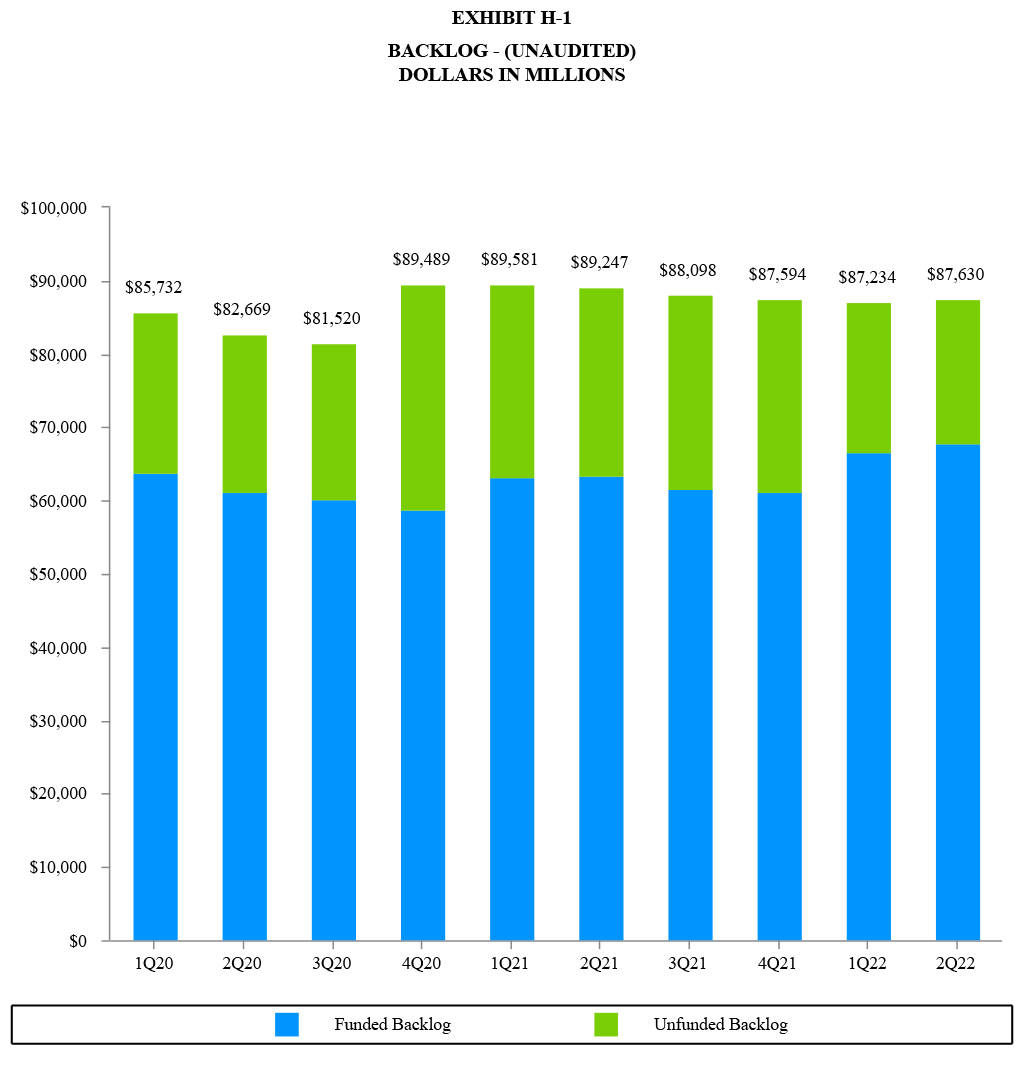 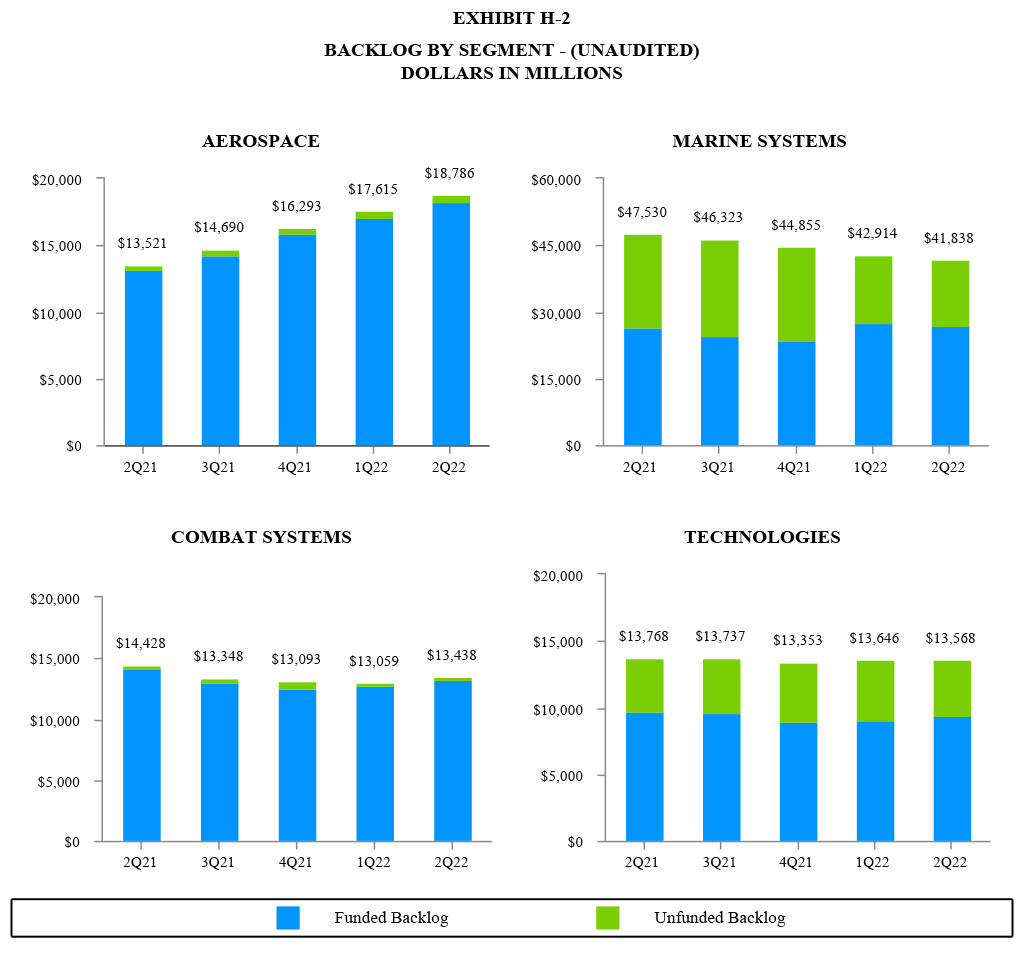 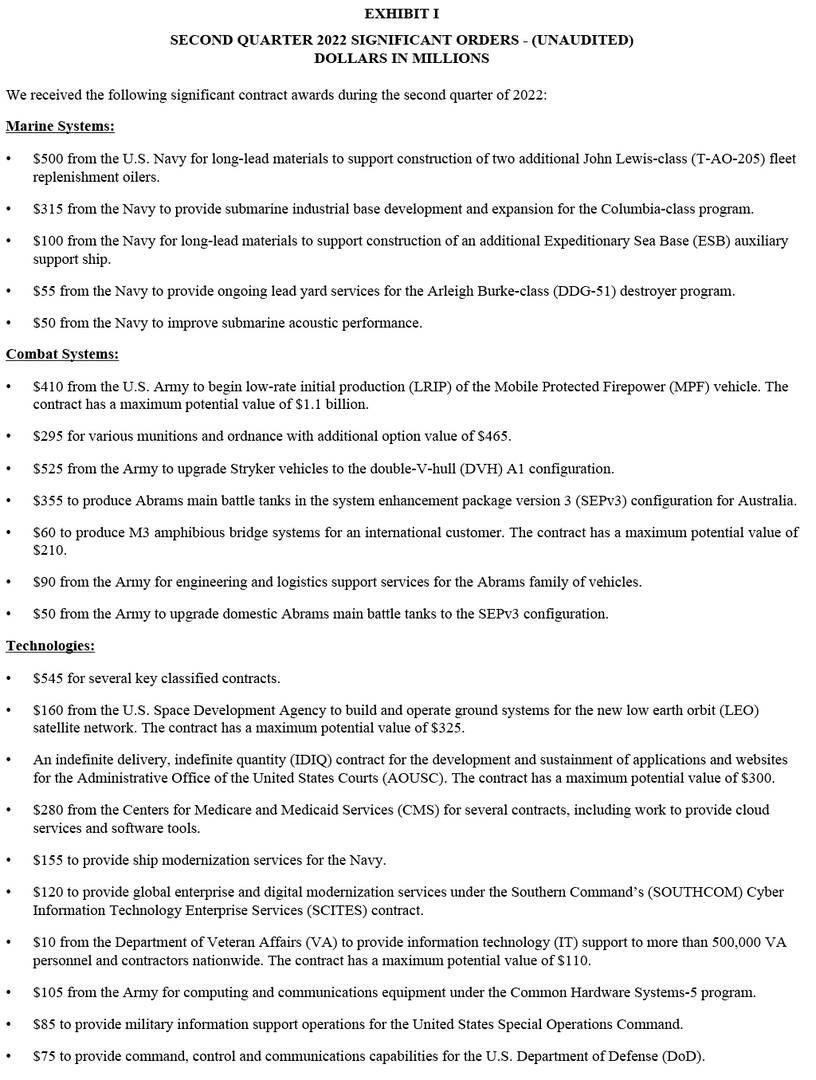