Operating margins increased sequentially by 50 basis points over the previous quarter to 11.4 percent. In June, the all-new Gulfstream G600 earned both its type and production certificates from the U.S. Federal Aviation Administration.

“Our second-quarter results reflect our relentless focus on driving down costs and improving performance,” said Phebe Novakovic, chairman and chief executive officer. “That focus on performance remains unwavering as we ramp up production of new aircraft, begin construction of both a new block and new class of submarines, and solidify our market-leading position in Information Technology.”

Order activity remained strong across the aerospace and defense portfolios. Aerospace booked $2.2 billion in orders in the quarter, a 1-to-1 book-to-bill on 12.7 percent year-over-year revenue growth. Significant awards in defense portfolios in the quarter included $495 million from the U.S. Navy for industrial base development and expansion in support of the Columbia-class ballistic missile submarine program, $360 million in contracts to provide intelligence services to classified customers, $270 million from the Navy to support the joint U.S. and U.K. development of the submarine Common Missile Compartment and $260 million from the U.S. Army for production of munitions. Information Technology posted a strong book-to-bill of 1.2-to-1, driven by a $1 billion U.S. Department of State contract to provide global engineering and supply chain services.

Headquartered in Falls Church, Virginia, General Dynamics is a global aerospace and defense company that offers a broad portfolio of products and services in business aviation; combat vehicles, weapons systems and munitions; IT services; C4ISR solutions; and shipbuilding and ship repair. General Dynamics employs more than 100,000 people worldwide and generated $36.2 billion in revenue in 2018. More information is available at www.generaldynamics.com.

WEBCAST INFORMATION: General Dynamics will webcast its second-quarter 2019 financial results conference call at 9 a.m. EDT on Wednesday, July 24, 2019. The webcast will be a listen-only audio event available at www.generaldynamics.com. An on-demand replay of the webcast will be available by 12 p.m. on July 24 and will continue for 12 months. To hear a recording of the conference call by telephone, please call 877-344-7529 (international: 412-317-0088); passcode 10132448. The phone replay will be available through August 1, 2019.

Charts furnished to investors and securities analysts in connection with General Dynamics’ announcement of its financial results for second-quarter 2019 are available at www.generaldynamics.com. 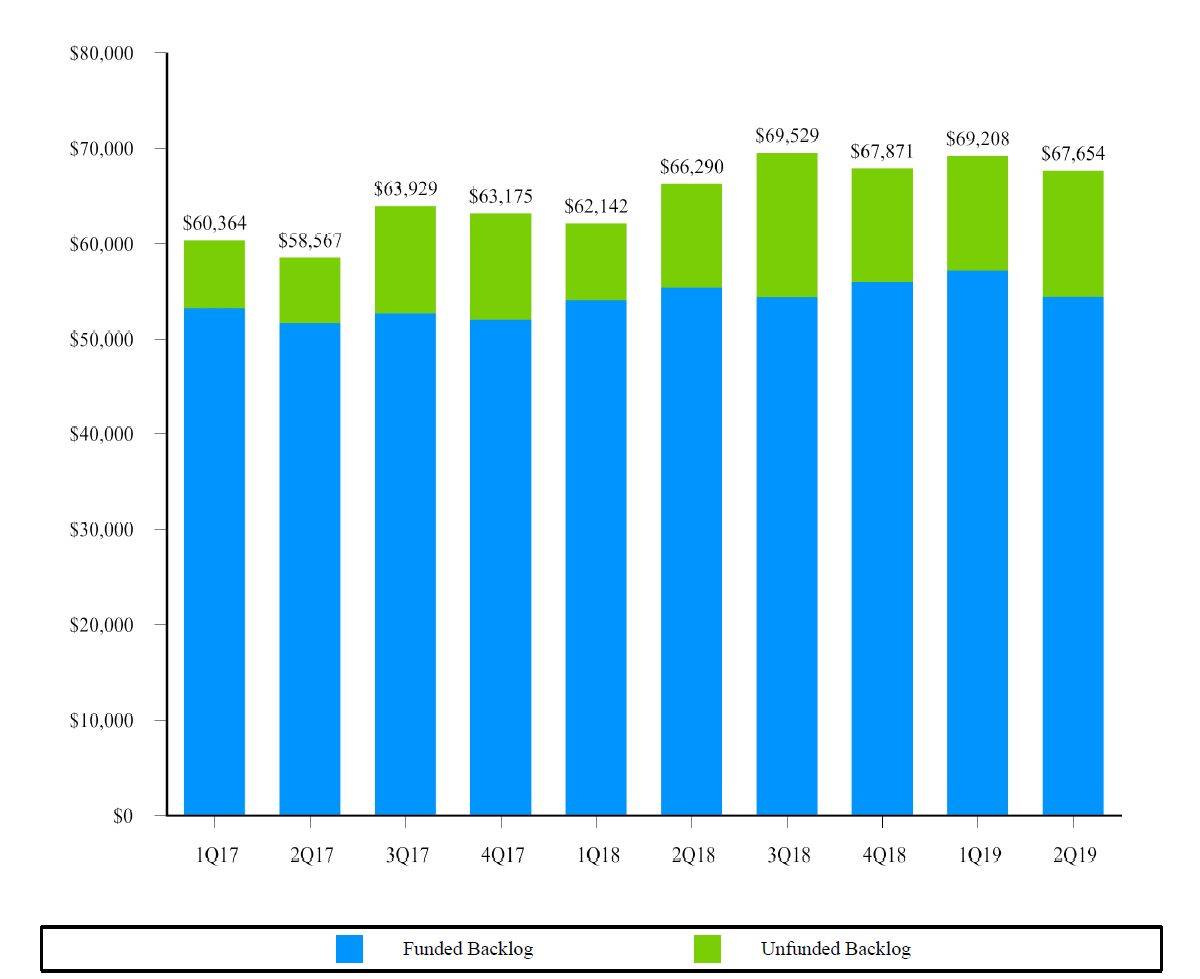 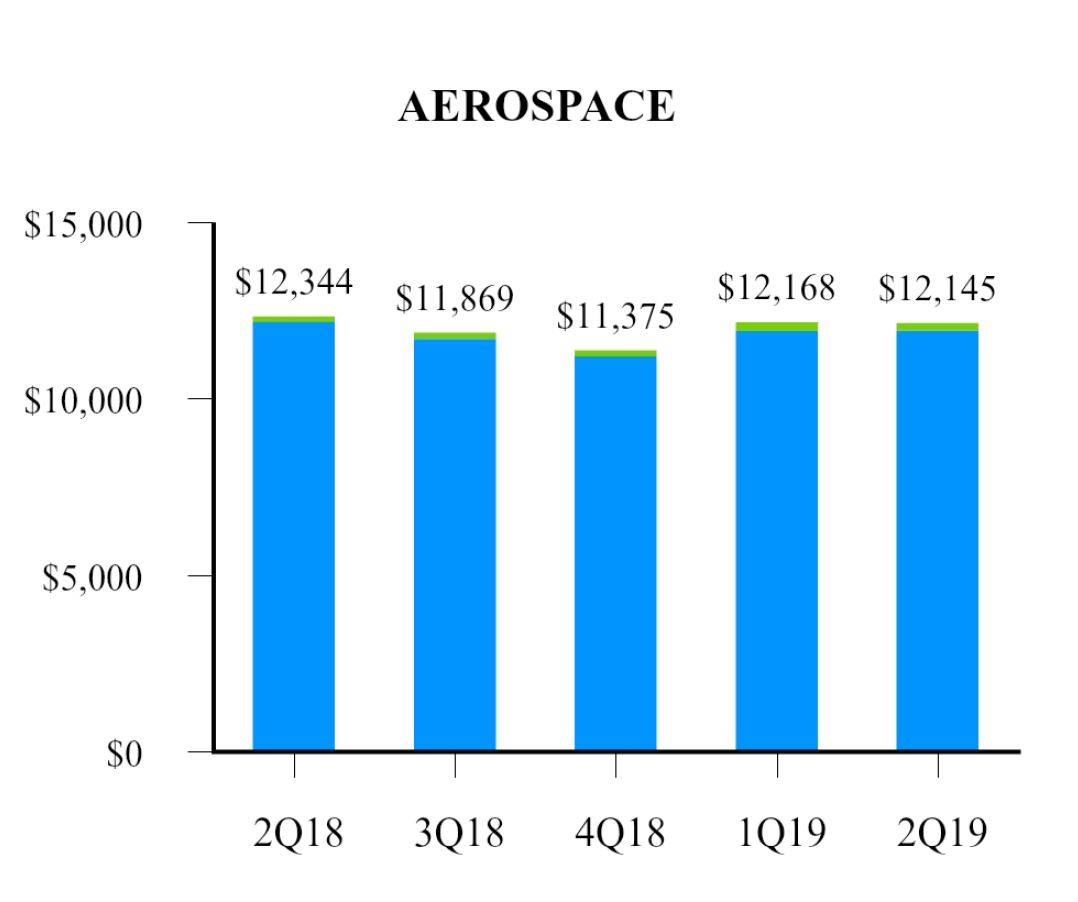 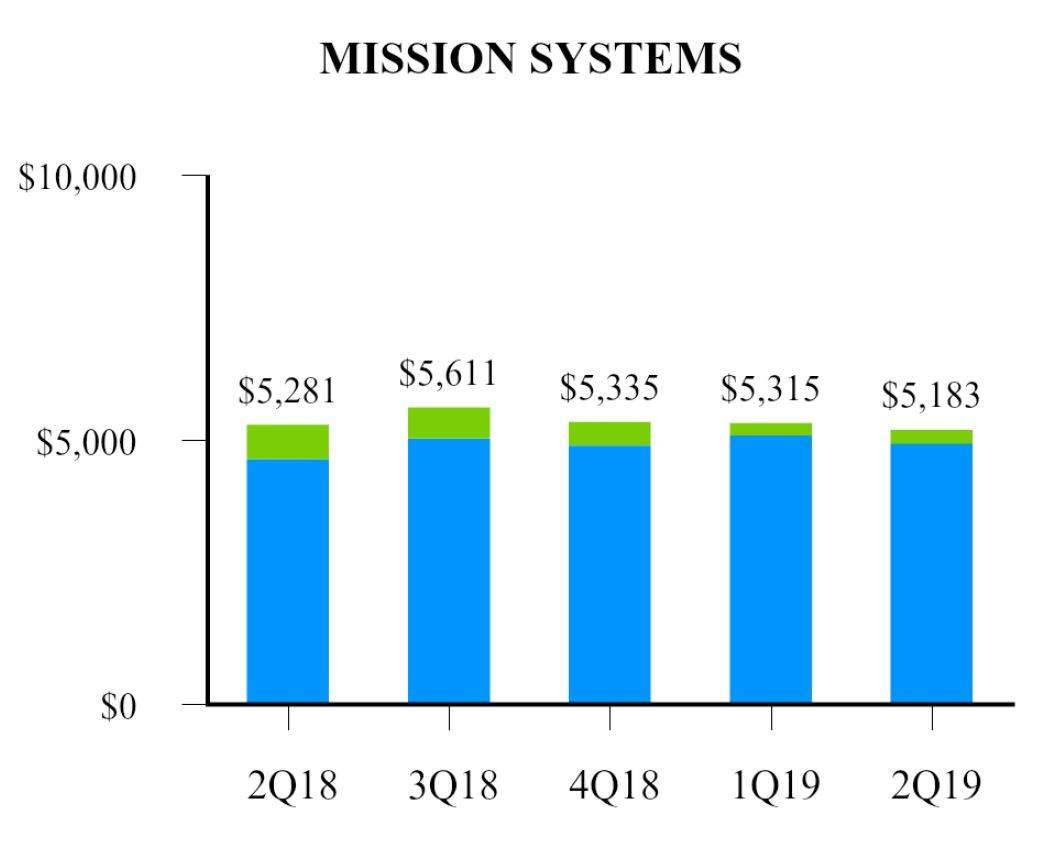 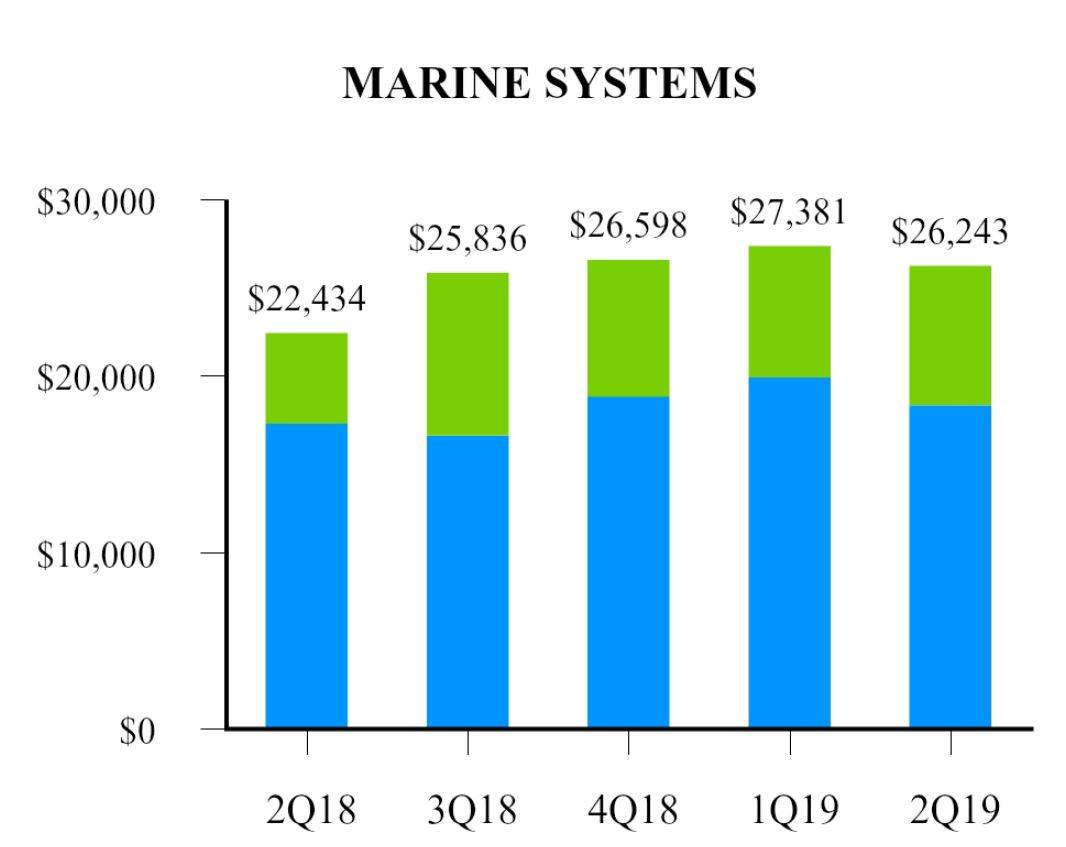 – more –
EXHIBIT I
SECOND QUARTER 2019 SIGNIFICANT ORDERS - (UNAUDITED)
DOLLARS IN MILLIONS
We received the following significant contract awards during the second quarter of 2019: